Why A Plant-Based Diet Is Better

The word “vegan” is a loaded term, connoting not just a nutritional regime but a code of ethics and a sense of political activism. There’s a stigma to this word, which too often alienates those who could most benefit from embracing what the word represents.


That’s probably why you haven’t heard that these celebrities are all “vegan”:

So what? We are not gonna give up meat, dairy and eggs three times a day just because it’s subtly trendy. 😎🤨

It all started with a few documentaries I crammed down as a “research” on how to eat healthier: Food Choices, What The Health, Cowspiracy, Forks over Knives, (all available on Netflix) and H.O.P.E. (available for free on YouTube).

I switched to completely plant-based right after watching the first one.

Having always dreamt to be a botanist, Lucy harbors a strong desire to bring nature back into urban living space and puts her green fingers into cultivating patches of oases amongst the concrete jungle.

My main concern about making this life-changing switch is health.

To be honest, most people are so busy with their lives and who gives a damn about animal welfare or the environment? But if the best of the doctors are telling you the animal protein you eat is killing you 😱, would you investigate more?

There are many doctors advocating a plant-based diet:

Dr. Dean Ornish, MD, founder, and president of the non-profit Preventive Medicine Research Institute, the first researcher to prove that severe coronary heart disease can be reversed by comprehensive lifestyle changes. Appointed by President Obama to the White House Advisory Group on Prevention, Health Promotion, and Integrative and Public Health, and appointed by President Clinton to the White House Commission on Complementary and Alternative Medicine Policy.

Dr. Jia Xu (徐嘉), with bachelor’s degree in biophysics at Peking University and a doctorate in physiology at the Johns Hopkins University School of Medicine, he has held lectures in hundreds of Chinese cities, reaching thousands of people in China promoting a plant-based lifestyle.

The obsession with the animal-centric diet – meat, dairy, and eggs, according to numerous data and scientific studies, is killing millions of people each year.

Animal protein promotes the growth of cancer (no kidding!) and directly cause a list of chronic disease: heart diseases, diabetes… The list goes on.

The news that a plant-based diet is the healthiest way to eat is spreading fast. The claim is that by adopting a whole food, plant-based diet, you can prevent and even reverse these diseases.

And apparently, you won’t have a protein deficiency. All the animals we eat got their protein from plants. The biggest, tallest, longest living animals are all herbivores. Roman gladiators ate a plant-based diet, and nowadays more and more athletes are eating plant-based, simply because it gives them the best performance.

Since many of my family members have chronic diseases like high blood pressure and diabetes, this certainly sets off alarms.

So I spent days doing extensive research just to make sure that it’s not a new “fad” and “cult” diet.

Among all the documentaries I watched, a witty Dr. Michael Greger popped onto my radar. The minute I looked him up, I found a plant-based gold mine (green mine?🤣)

NutritionFacts.org is a non-profit website of Dr. Michael Greger’s years of work in summarising and analyzing numerous scientific studies and data – in videos!

His work has also been published into a New York Times and international bestseller:

How Not To Die, in which he detailed on “Prevent and Reverse” 15 chronic diseases, and laid out a blueprint of how to incorporate plant-based foods into our daily diet. Read more on my next post: A Balanced Plant-Based Diet – How

Among all plant-based advocates, I found Dr. Greger the most compelling, simply because his claims are all evidence-based findings. His NutritionFacts.org is completed funded by donations from individuals and health foundations. He even helped to convince Prince Khaled and his parents from Saudi Arabia to adopt a plant-based lifestyle.

Since I grew up in China, this title interested me the most. This book is based on the China–Cornell–Oxford Project, a 20-year study, described by The New York Times as “the Grand Prix of epidemiology”. The author T. Colin Campbell was one of the study’s directors.

From the descriptions of my parents and grandparents, back in the 80s Chinese people were far from affluent as they are nowadays. People could not afford to eat meat every day so they ate a lot of vegetables and whole grains (“rough grains” in Chinese) as they did for generations. Animal products, dairy especially, were never part of Asian culture’s daily routine diet (as East Asians are 99.9% lactose intolerant). Meat is for special occasions and even when it became widely available, it was more for flavoring, rather than consumed in the form of a chunky steak.

It is under these circumstances The China Study was carried out, simply by recording dietary habits in hundreds of counties throughout the country. The study went on for 20-years throughout 1970s-80s.

The conclusion of the study was that areas with high consumption of animal-based foods in the 1980s were more likely to have had higher death rates from “Western” diseases, while the opposite was true for areas where people ate more plant-based foods.

This pretty much closed the deal of eating animal products for me.

Nature and ecological balance, is my 2nd strongest motivation to switch to plant-based.

According to a UN report, cattle-rearing generates more global warming gases than the whole transportation sector combined. Livestock is one of the most significant contributors to today’s most serious environmental problems, and factory farming is a major source of land and water degradation. 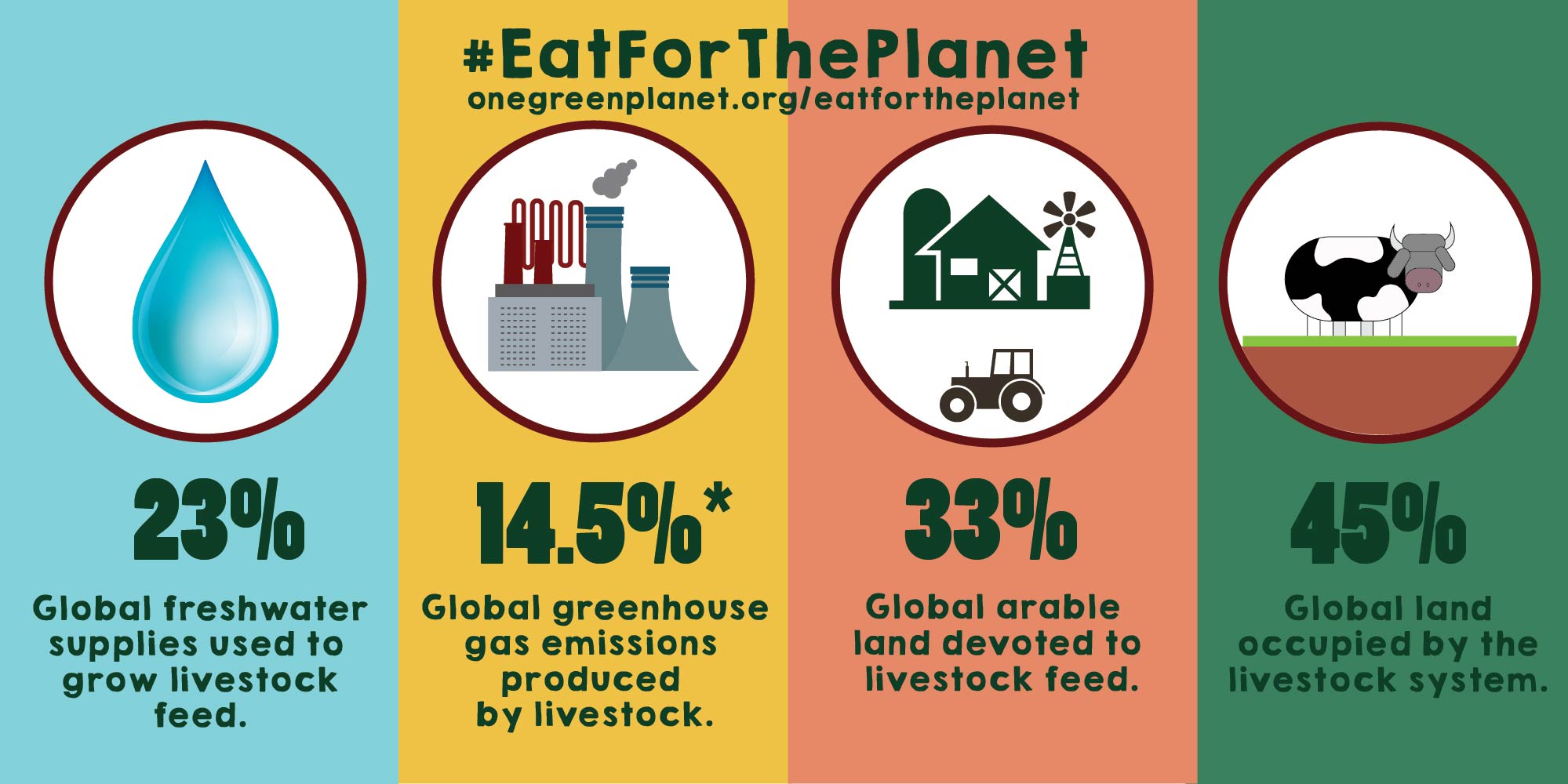 If slaughterhouses had glass walls, everyone would be vegetarian.

Eating for me is how you proclaim your beliefs three times a day. That is why all religions have rules about eating. Three times a day, I remind myself that I value life and do not want to cause pain to or kill other living beings. That is why I eat the way I do.

Our dominion over the whole ecosystem means suffering from the other species, animals in particular. Sure, predators like lions and leopards in nature eat meat, they have acidic saliva and they hunt out of necessity for survival, whereas we share similar anatomy to the great apes who eat 98% plants and some insects. Meat today has become a big burden on our health and our planet. It is no longer essential but harmful.

We are all living on this planet earth and our fate and nature are all intertwined and connected. We call ourselves sapiens. Wise. Yet despite all the wisdom of great science inventions and beautiful art, our gruesome animalistic short sight always comes out and overshadows our achievements.

Find out the truth. Watch these documentaries:

As long as there are slaughterhouses, there will be battlefields.

“Plants are also lives. Why aren’t you worried about them?”

Does picking-an-apple kill the tree?

Plants are autotroph, self-feeding producers of nature that harvest the sun’s energy (and manufactures oxygen and organic substance). It is because of them that we have a suitable environment and food for ALL LIFE on earth.

Plants have no nervous system and are not sentient – meaning they are not able to perceive or feel. If you’re really worried about plants, grow some and get to know them. They are easy to propagate, mostly just by seeding, stem cutting, and tissue culturing. (If you do this to animals, that would be as complicated as cloning.)

As the most resilient beings on earth, plants have been on this planet way before us, and they’ll continue to be here after we’re gone.

However, that doesn’t mean they’re not in danger. Hundreds of species still disappear every year due to habitat loss from human intervention and development, the biggest factor is rainforest being cleared out to be used as agriculture land growing GMO plants in order to feed livestock (for meat!).

Einstein was a vegetarian during the last year of his life, although he had supported the idea for a long time. In a letter to Max Kariel, he said, “I have always eaten animal flesh with a somewhat guilty conscience,” and soon after became a vegetarian.

Dietary vegan is often more correctly referred to as a “plant-based” diet. A strict vegan also doesn’t use/wear animal products such as leather, wool, and fur. For me, the diet is where I draw the line. Strict vegans might think they are 100% free from animal exploitation, but many don’t realize that their favorite almond, avocado, and many other fruits require “slave” migrant bees (trucked all over the country by beekeepers) to pollinate. (There is simply no other way to pollinate large amounts of fruit trees.) Not to mention any organic farms have beneficial worms, insects working on them. All living beings in nature are connected and intertwined. There has to be a fine line on where to stop being obsessed with a 100% “veganism” life. If not, it becomes an ideology people despise.

But yes, we should all work towards a future where all living beings flourish together instead of being exploited by one dominant overlord.

A Balanced Plant-Based Diet – How